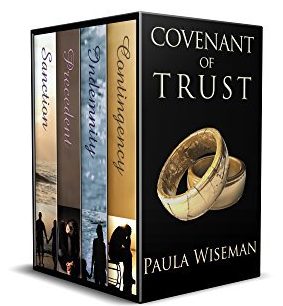 Faith and real life meet head on in the Covenant of Trust series.

If you want characters you instantly connect with, authentic struggles that are raw, honest, and platitude-free, wrapped in stories that pull you in and won't let go, you want the COVENANT OF TRUST series

Order Now!
About the Book

Faith and real life meet head on in the Covenant of Trust series. If you want characters you instantly connect with, authentic struggles that are raw, honest, and platitude-free, wrapped in stories that pull you in and won’t let go, you want the COVENANT OF TRUST series

In Book 1 CONTINGENCY, that covenant is broken.
Bobbi Molinsky’s comfortable life is shattered when a forwarded email from her husband’s account lands in her inbox. The email teases, “My whole evening is free again.” After an angry confrontation with Chuck, she is left with the broken remains of an eighteen-year marriage.

In Book 2, INDEMNITY that covenant is threatened from the outside.
After years of believing Chuck’s affair is behind them, Bobbi’s marriage is tested again when Tracy Ravenna resurfaces. Tracy’s not alone, though. Jackson Charles Ravenna is the newest student in Bobbi’s first-grade class and the spitting image of her husband. When Chuck decides to pursue joint custody, they discover Jack isn’t the only secret Tracy’s been hiding.

In Book 3, PRECEDENT, that covenant is tested to its limits.
Twelve years after INDEMNITY, the family is shattered by an act of senseless violence. Shannon, Bobbi and Chuck’s teenage daughter, proclaims that it’s all a result of a curse Chuck brought on the family when he committed adultery. More crises for the Molinsky family -Shannon leaves home, and Bobbi is diagnosed with breast cancer- leave Chuck wrestling with just how much responsibility he bears, and how (or if) he can ever make things right.

In Book 4, SANCTION, the covenant brings the past and present together and sets the Molinsky family’s course for the future.
Just months after Shannon’s homecoming, she finds re-adjusting to life at home is not as easy as she anticipated. A new wave of guilt crashes over her as her family learns that her encounter with Dylan Snider was anything but consensual. Complicating matters is Matt Bolling. The former missionary kid turned preacher is more than interested in her, but she is certain after her months as a prodigal, Matt is out of her league. With her cancer gone and retired from teaching, Bobbi struggles to find purpose beyond caring for her family. When she proposes taking over Brad’s mission, that touches off an unforeseen conflict with her husband. Chuck’s quest for justice, unexpectedly forces him to re-examine his definitions of forgiveness and grace when events demand that he seek it from and offer it to the unlikeliest people.

In the background of each COVENANT OF TRUST story, God challenges the characters to place unwavering trust in His sovereignty, His purpose and His unfailing love for each of them. As you read, you’ll discover He’s issuing the same challenge to you.

Other Books in "Covenant of Trust" 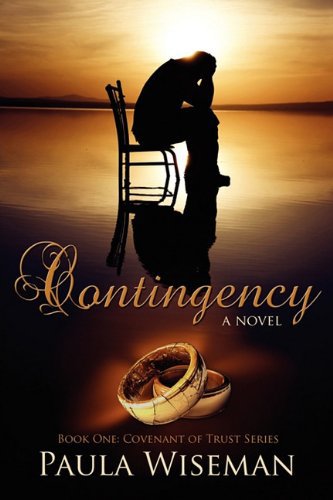 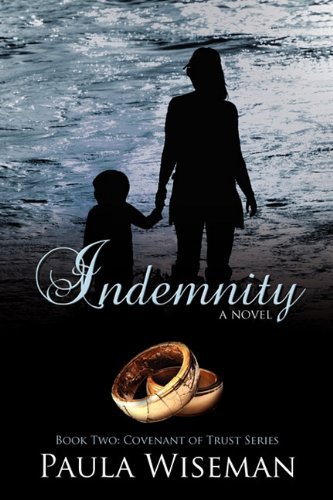 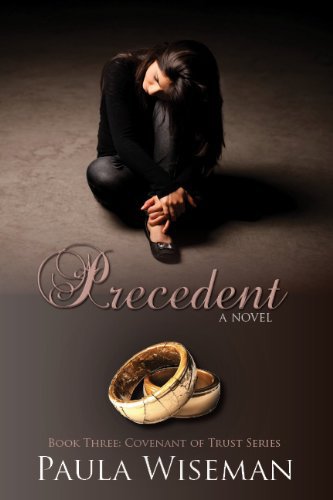 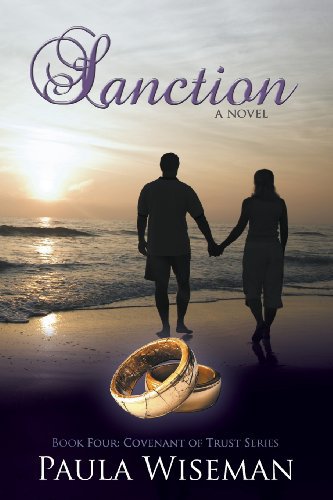 Sanction: Book Four: Covenant of Trust Series
Preview
Reviews
Disclosure of Material Connection: Some of the links in the page above are "affiliate links." This means if you click on the link and purchase the item, I will receive an affiliate commission. I am disclosing this in accordance with the Federal Trade Commission's 16 CFR, Part 255: "Guides Concerning the Use of Endorsements and Testimonials in Advertising."

From the opening pages of Scripture, no one who has encountered a holy God has come away unchanged. Adam, Abraham, Hagar, Moses and many, many others realized that God is not distant but a God who … END_OF_DOCUMENT_TOKEN_TO_BE_REPLACED

A covenant is a solemn, binding agreement. God chose to unilaterally enter into a covenant with Abraham. No matter what Abraham said or did, God vowed to uphold the terms and bless Abraham. Marriage … END_OF_DOCUMENT_TOKEN_TO_BE_REPLACED

Jesus told a parable about a wise builder and a foolish one, underscoring how important it is to have a solid foundation. He declared that obedience to His word was the surest foundation of all. In … END_OF_DOCUMENT_TOKEN_TO_BE_REPLACED