Jesus told a parable about a wise builder and a foolish one, underscoring how important it is to have a solid foundation. He declared that obedience to His word was the surest foundation of all. In the Foundations series, the characters discover exactly what they’ve built their lives on. Sometimes those foundations prove firm and true. At other times, they crumble under the weight of life’s trials and burdens. Each story, each situation brings the reader face-to-face with the questions, “What have I built my life on? Will I stand or crumble?”

Book One: Razed Razed means to destroy something utterly. You can’t repair. You must rebuild.

A God who lets a 40-year-old woman die from cancer can’t be good. That’s Doug Bolling’s theology. He can’t seem to connect with his son, Mark, who found Jesus because of his mother. The more Mark grows in his faith, the wider the rift becomes. A series of events in Mark’s life, from a call to preach, to a pastorate, to seminary, to the mission field are utterly incomprehensible to Doug, and he interprets them as extremism bordering on insanity. God may have ripped away his wife and now his son, but Doug draws the line at his grandchildren. In a desperate attempt to snatch them back from a life of who knows what, he files a lawsuit, seeking custody of the children. 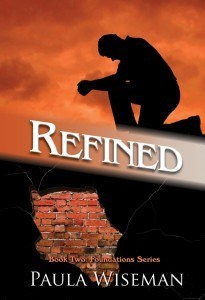 Book Two: Refined To be refined is to have all the impurities removed, to be distilled to your true self.

Mark has been obedient to God’s call every step of the way, but now God issues the most difficult challenge of all- surrendering his children. Mark and his family are forced to leave the mission field in Kenya and come home for the legal battle of a lifetime. I can’t tell you any more without spoiling the surprises. Bobbi, Chuck and 14-year-old Jack from the Covenant of Trust series make appearances in this one. 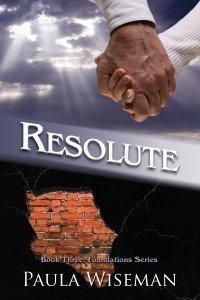 Resolute is boldly committed, settled and sure.

Doug is diagnosed with Alzheimer’s disease and his and Mark’s relationship must undergo a final adjustment. Mark gives up the mission in Africa for his father. Resolute is a story of holding on to faith even when the path leads in a direction you never anticipated, and requires more from you than you want to give. (Shannon Molinsky from the Covenant of Trust has married Doug’s oldest grandson so she plays a role in the story and Chuck and Bobbi pop in briefly.) 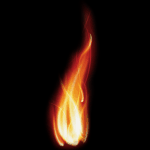 From the opening pages of Scripture, no one who has encountered a holy God has come away unchanged. Adam, Abraham, Hagar, Moses and many, many others realized that God is not distant but a God who … END_OF_DOCUMENT_TOKEN_TO_BE_REPLACED

A covenant is a solemn, binding agreement. God chose to unilaterally enter into a covenant with Abraham. No matter what Abraham said or did, God vowed to uphold the terms and bless Abraham. Marriage … END_OF_DOCUMENT_TOKEN_TO_BE_REPLACED 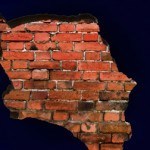 Jesus told a parable about a wise builder and a foolish one, underscoring how important it is to have a solid foundation. He declared that obedience to His word was the surest foundation of all. In … END_OF_DOCUMENT_TOKEN_TO_BE_REPLACED