Posts that reference the book of Philemon 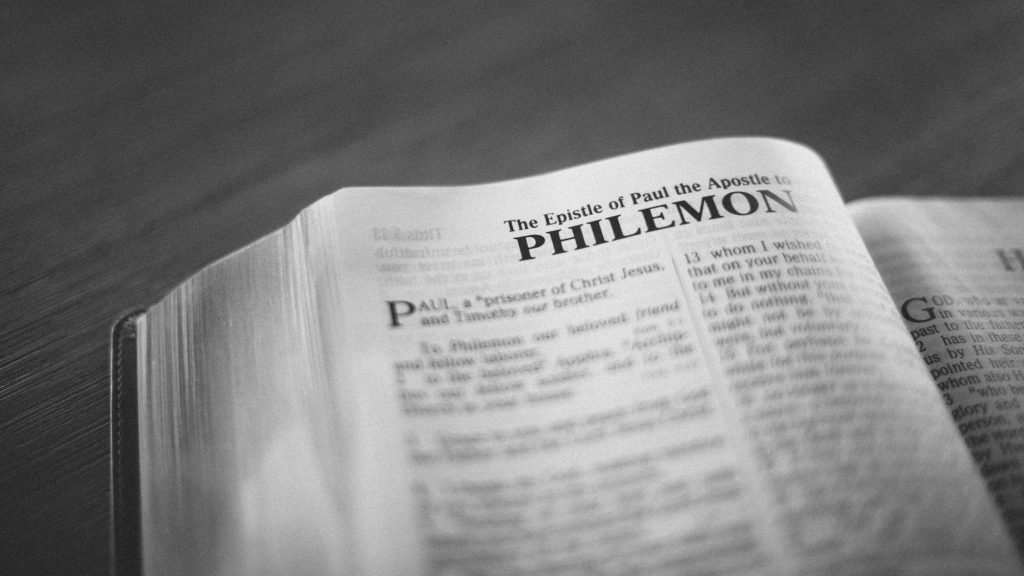 Tychicus, a beloved brother, faithful minister, and fellow servant in the Lord, will tell you all the news about me. I am sending him to you for this very purpose, that he may know your circumstances and comfort your hearts, Colossians 4:7-8

When you read Paul’s letters, he often sends greetings back and forth or mentions people who would have been known to his first-century readers but whose identities are lost to history. However, there are a few people, that with a careful reading a more detailed picture emerges. Tychicus is one of those guys. His first mention with Paul is in Acts 20:4 when Paul was in Ephesus. That leads many to suspect he was from Ephesus or at least the area nearby. Paul had been warned that trouble was waiting for him on his planned journey to Jerusalem. That didn’t deter Paul or any of his party from making the trip.

Now let’s be honest, we fuss if a flight gets canceled or if there are construction delays. We have no idea what an undertaking it was in to agree to accompany someone on a trip in the first century. Tychicus stayed with Paul throughout his arrest, through three trials and through the voyage to Rome which included a shipwreck.

He delivered the letters to Colossae and Ephesus and maybe the one to Philemon. This involved walking across Italy AND Greece AND another hundred miles across Asia Minor (with passage by ship across the Adriatic and Aegean Seas in between, of course). Finally, he was sent back to Ephesus to fill in as pastor for Timothy so Timothy could visit Paul in prison one last time. (2 Timothy 4:12)

All of those qualities made Tychicus the kind of guy worth emulating, but Paul’s own words about him are worth a closer look.

A beloved brother – Not only was he a believer and follower of Jesus Christ, but he was a beloved one. Tychicus had a heart and an attitude that endeared him to the apostle. Do we have that kind of heart and attitude?

A faithful minister – Tychicus was entrusted with difficult, yet critical tasks and he faithfully completed them. He demonstrated his faithfulness not only to the Lord who called him but the one he served with. Are we that loyal and determined?

A fellow servant – Tychicus was first and foremost a servant. He clearly didn’t seek attention or prominence or even recognition. He willingly worked to do whatever was needed. Do we exhibit that same selflessness and humility?

Hardly as well-known as Timothy or even Barnabas or Silas, Tychicus stands as an example of a beloved, faithful servant who served not only his Lord but devoted his life to serving the body of Christ. He’s certainly worth knowing and emulating.

What are some ways you serve or can serve?
Would others use Paul’s words about Tychicus to describe you?

Read the Hello My Name Is series

“For Demas has forsaken me, having loved this present world, and has departed for Thessalonica.” 2 Timothy 4:10

At the end of Paul’s letters, he sends personal greetings to individual Christians. We know next to nothing about most of the people Paul mentions, but occasionally, we can follow a few extra references and get a behind the scenes look at the early church. One of those believers is a guy named Demas. He is first mentioned in Colossians 4:14. “Luke the beloved physician and Demas greet you.” Then again in Philemon verse 24. “As do Mark, Aristarchus, Demas, Luke, my fellow laborers.”

So what does that tell us about Demas? We know Colossians was written while Paul was in prison in Rome. Demas’s mention indicates he was committed enough to minister to the apostle while he was under house arrest. In Philemon, Paul calls him a fellow laborer.

Most scholars believe those two letters were written within a couple of years of each other, around AD 60-62. However, by the time 2 Timothy was written five or six years later, the relationship had changed. Drastically. Paul says Demas has forsaken him. The Greek word for forsaken carries the idea of leaving someone helpless in the midst of a dire situation. Demas knew Paul was in a Roman dungeon and he utterly abandoned him. The apostle felt hurt and betrayed.

Demas’s reason? Paul says it was because Demas loved this present world. Interestingly, his name means “popular.” When the persecution amped up under Nero, Demas decided the cost was too great. He was not the first.

What can we learn from the brief account of Demas?

We shouldn’t be surprised when people walk away from the faith. Jesus predicted it would happen in Matthew 13:20-21. While we want everybody who hears the name of Jesus to respond with a lifelong commitment, it doesn’t work that way. Even full-time ministers like Demas are not exempt. We need to ensure our relationship with Christ remains vibrant.

Scripture never shies away from portraying our failures and weaknesses. With that kind of honesty, there is no question that the things accomplished were done by the hand of God through the power of the Holy Spirit. We should aim for transparency in our own lives.

Not everything is for public consumption. Did you notice when Paul had good things to say about Demas, he wrote those in general letters intended to be read in public and circulated among neighboring churches? His criticism came in a private letter written to the man he trusted most, Timothy. (Granted, the letter is in the Bible now where everyone can read it, but I think it’s for this lesson.) Take the opportunity to praise people in public, and highlight their work. Any shortcomings should be kept private.

Philemon is a super-short, one sitting, under ten-minute read. It's a very practical demonstration of reconciliation and peace-making in the body of Christ.
There are three people to consider.
The Apostle Paul, the author of the letter. Paul was a prisoner in Rome.
Philemon, the recipient of the letter. The church in Colossae met at his house. His wife and son were also devout Christians.
Onesimus, Philemon's runaway slave, who had stolen a large sum of money before he ran away.
Paul led Onesimus to the Lord and sent him back to his master with this letter. We shouldn't interpret this as an endorsement of slavery or an obligation to return slaves to their masters. Slavery was a social and political reality in Roman times. Paul was advocating the restoration of the relationship between these men who were now brothers in Christ.
Philemon was within his legal rights to have Onesimus put to death. Paul urged him as a friend, brother and mentor to act with grace rather than assert his rights under the law. Consider the following as you read.

From the opening pages of Scripture, no one who has encountered a holy God has come away unchanged. Adam, Abraham, Hagar, Moses and many, many others realized that God is not distant but a God who … END_OF_DOCUMENT_TOKEN_TO_BE_REPLACED

A covenant is a solemn, binding agreement. God chose to unilaterally enter into a covenant with Abraham. No matter what Abraham said or did, God vowed to uphold the terms and bless Abraham. Marriage … END_OF_DOCUMENT_TOKEN_TO_BE_REPLACED

Jesus told a parable about a wise builder and a foolish one, underscoring how important it is to have a solid foundation. He declared that obedience to His word was the surest foundation of all. In … END_OF_DOCUMENT_TOKEN_TO_BE_REPLACED