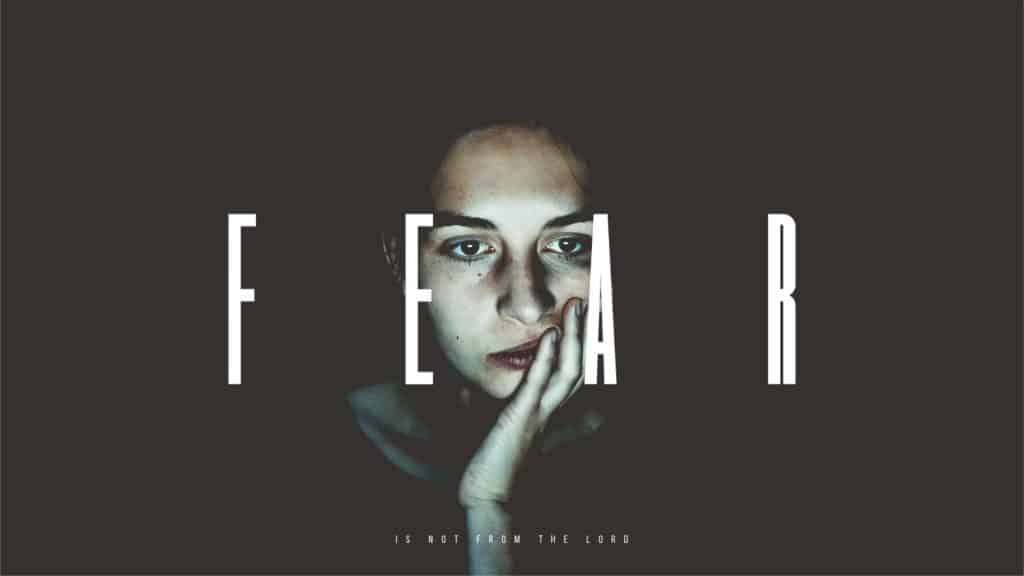 And he said to man, ‘Behold, the fear of the Lord, that is wisdom, and to turn away from evil is understanding.’ Job 28:28

Fear.
The Hebrew is yirah.
But it’s not like I’m afraid of spiders.
It’s like fear of the Lord.
Reverence. Respect. Recognition of His worthiness.

It is the reasonable response to God. May we offer the fear He is due.

Don’t be terrified of them, for the LORD your God, a great and awesome God, is among you. Deuteronomy 7:21 CSB

The number one mental health issue in North America is anxiety.
We spend $42 billion each year on treatments.
Many choose to self-medicate.

One weapon we have against fear and anxiety is truth.
Here, Moses delivers an amazing truth.

Israel, a nation of former slaves was charged with taking on seven nations “stronger and mightier” than they were.
The Hittites, for example, were no pushovers. They rivaled Egypt and Assyria.
Israel’s fear was not unreasonable.

But Moses tells them not to give in to that fear.
For – this is why.
The LORD – All caps means the covenant name of God. The God who chose you, revealed Himself to you and called you His own.
Your God – the deity with whom you have an intimate and personal relationship
A great – High, lifted up, worthy of praise and worship
And awesome God – capable of breathtaking acts and miraculous displays of power
Is – presently
Among you. Not far off. Right here beside you.

You never have to face anything alone.
The LORD your God, great and awesome, is with you.

You must not fear them, for the LORD your God Himself fights for you. Deuteronomy 3:22

Fear is the strongest psychological motivator.
Fear of the unknown, of pain, of rejection, of failure.
Fear freezes us.

Faith isn’t just a good feeling or positive thinking.
Faith is confidence in the character and promises of God.
Faith moves us forward.

Moses said God Himself fights for you.

We choose every day whether or not we believe that.

But He was in the stern, asleep on a pillow. And they awoke Him and said to Him, “Teacher, do You not care that we are perishing?” Mark 4:38

You know the story. Jesus and His disciples embark on a quick routine trip across the Sea of Galilee, but then a storm rises. Enough of a storm that the veteran fisherman were concerned that they might lose the boat and even their lives.

But I think the story is striking for another reason. I believe it taps into deep unspoken fears – fears that have nothing to do with drowning.

Fear #1 – We are on our own. When the storms come if we make it through it will be because of our own furious efforts.

Fear #2 – Jesus is unaware or unmoved by what we’re going through. Here we are struggling, fighting, perishing, and Jesus is absent.

Distilling those fears even further, the questions become, do I matter? Do You really love me? Which is the real Jesus? The one who says He loved me enough to die for me or the one who sleeps while I’m drowning?

This is the middle of the story though.

At the end of the story in verse 39, He says, “Peace, be still.” The wild chaotic elements of nature obey like a trained puppy. The other thing to remember is that He is in charge and has the power to back that up.
Then Jesus responds with His own question. “How is it that you have no faith?”

Because we’re afraid. We are more focused on what’s inside and around us than the One who is with us. We forget who made the plans and who has the power.

Therefore, tell the people, ‘Whoever is timid or afraid may leave this mountain and go home.’” So 22,000 of them went home, leaving only 10,000 who were willing to fight. Judges 7:3 NLT

In Judges 7, we read the story of Gideon. You probably remember the amazing story of the three hundred soldiers who defeated a Midianite army who outnumbered them 400 to 1. Before the battle, Gideon stands with his army of 30,000 men and God says to send home everyone who is afraid. Twenty thousand men–inexperienced soldiers who have done the math and knew they are facing over a hundred thousand professional soldiers–go home.

God doesn’t berate them, or shame them. Gideon doesn’t beg them to stay or offer incentives. Just a simple announcement, “If you are afraid and want out, you are free to go.” And they did.

It seemed like a rational decision. I’ll be honest, if my husband had been in that number I would have more than glad to see him home early and in one piece.

But here’s the thing. Yes, the fearful survived unscathed, but they didn’t get to participate in the victory.

I know I have had plenty of opportunities present themselves, doors that God has unmistakably opened, and I’ve gone home rather than go forward. I’m afraid I won’t measure up. I’m afraid of what it will cost. I’m afraid it will be hard.

And I miss a victory.

Here’s what I know about fear, though. It makes us take our eyes off Him. It distracts us from what He calls us to do. Fear never comes from God. Paul stresses that in 2 Timothy 1:7 “For God has not given us a spirit of fear, but of power and of love and of a sound mind.”

John reiterates it 1 John 4:18 “There is no fear in love; but perfect love casts out fear, because fear involves torment. But he who fears has not been made perfect in love.”

Perfect love, that’s the kind that God has for each of us. Fear is a sure sign we don’t grasp or trust that love or the God who demonstrates it.

Be sober, be vigilant; because your adversary the devil walks about like a roaring lion, seeking whom he may devour. 1 Peter 5:8

Lions are stealth hunters. They like to creep up on their prey, often closer than ten yards before making their move. They are careful to stay downwind so that nothing alerts the intended victim to their presence. Then at the optimal moment, they spring out from their concealment and bring down the prey, usually with one great bite.

Unless the lion happens to be old, and has lost a little zip in his stride. Or has maybe lost some teeth, so that first bite isn’t going to be a killer bite. When that happens, the lion changes his strategy. Instead of using stealth, the lion roars. He depends on the fear his roar instills to paralyze his prey and give him the opportunity to make the kill.

No longer able to hunt by speed or strength or stealth the roaring lion depends on fear and intimidation.

Peter says your adversary the devil is a roaring lion. Not the stealthy kind, the roaring kind. Definitely dangerous, but he relies on our fear and our intimidation and our inability to act for his success. The Message translates this verse as “Keep a cool head.” Other translations pick up different nuances, like “be self-controlled” and “keep your mind clear.”

In other words, don’t be controlled by your emotions but cling to the truth about your adversary. Yes, he’s dangerous, and yes, he will take any opportunity he can to destroy you … but he is also defeated.

And he is no match for the Lion of Judah.

From the opening pages of Scripture, no one who has encountered a holy God has come away unchanged. Adam, Abraham, Hagar, Moses and many, many others realized that God is not distant but a God who … END_OF_DOCUMENT_TOKEN_TO_BE_REPLACED

A covenant is a solemn, binding agreement. God chose to unilaterally enter into a covenant with Abraham. No matter what Abraham said or did, God vowed to uphold the terms and bless Abraham. Marriage … END_OF_DOCUMENT_TOKEN_TO_BE_REPLACED

Jesus told a parable about a wise builder and a foolish one, underscoring how important it is to have a solid foundation. He declared that obedience to His word was the surest foundation of all. In … END_OF_DOCUMENT_TOKEN_TO_BE_REPLACED