Posts that reference the Psalms 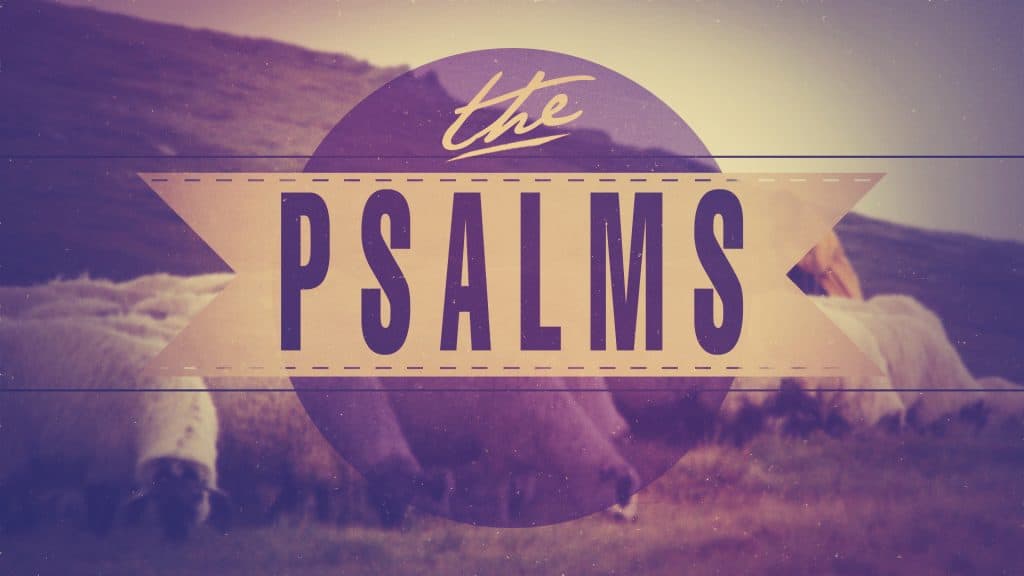 Oh come, let us worship and bow down; let us kneel before the LORD, our Maker! Psalm 95:6

Let us bow down.
Let us recognize His greatness.
Let us reverence His holiness.

Let us kneel.
Let us submit ourselves.
Let us affirm our subservience.

He is the LORD.
Our God, Our Ruler, Our King.

Our Maker.
Our Creator. Our Sustainer. Our Sovereign.

The invitation has been issued.
What on your calendar could be more pressing,
more urgent,
more important?
Will you respond?

We’re continuing to learn from Nehemiah about how to manage a new beginning. Remember, Nehemiah was called by God to oversee the rebuilding of the wall in Jerusalem. It was a daunting task, no doubt. Perhaps not unlike our own new beginnings. We saw how the seed was planted, and how important resolve is. Nehemiah faced constant opposition. But he had discernment to determine which battles were not worth fighting. But Nehemiah was a source of great encouragement to the people in Jerusalem.

By chapter 8, great things had been accomplished. The wall was finished! The gates and doors were installed. It was a moment of celebration and worship! However, during the worship when the people heard the Scripture read, they clearly saw that it was their sins – corporately and individually- that resulted in their captivity and the destruction of the city, the Temple and the wall in the first place.

We often do the same thing when we face a new beginning, Instead of celebrating our progress and how far God has brought us, we focus on our failures and setbacks. We tend to dissect and overanalyze every decision we made and every step we took. And once our analysis is finished we tend to focus on what we’ve done to hinder things rather than the hand of God moving

Nehemiah responds with this encouragement.

“This day is sacred to the LORD your God. Do not mourn or weep.” Nehemiah 8:9

God is the God of new beginnings and second chances. Each one is an invitation to join Him as He works out His plan. It is an opportunity to surrender ourselves once more to the job He has for us. See the new beginning as a day set apart to the Lord like Nehemiah did.

But he encourages his people even more.

Nehemiah said, “Go and enjoy choice food and sweet drinks, and send some to those who have nothing prepared. This day is sacred to our Lord. Do not grieve, for the joy of the LORD is your strength.” Nehemiah 8:10

Celebrate what God has done and is doing. Show grace and kindness to others. Understand that joy energizes you while grief and regret sap you. Now don’t misunderstand. Repentance for sin is the only proper response when we transgress. We should quickly and humbly own our sins, ask for forgiveness and renounce them. But after that, we must understand that fellowship is restored and we don’t have to live with shame or remorse.

Nehemiah is not so naïve as to think the battle with sin is over and it’s smooth sailing from now on. He knows, and he encourages the people to remember that if they find their joy in the Lord, they will have the strength to live a life that pleases God.

It is no different for us. When we try to find a source of joy outside of God and our relationship with Him, things get difficult to endure.

Nehemiah probably knew this verse. – This is the day the LORD has made; let us rejoice and be glad in it. Psalm 118:24

As we live today and every day, let’s remember that and find strength from the joy that we are His!

And the LORD’s anger was kindled against Israel, and he made them wander in the wilderness forty years, until all the generation that had done evil in the sight of the LORD was gone. Numbers 32:13

The dictionary defines a wilderness as uncultivated, uninhabited or undisturbed by human activity. A wilderness is also pathless. Metaphorically it is a bewildering situation.

No doubt many of us have had our own wilderness experiences- or have that to look forward to. As it turns out, Scripture has a lot to say about the wilderness and what happens there. We are most familiar with wandering, and we’ll look at that shortly.

But the wilderness is also a place of transition, restoration, instruction, temptation and communion. Over the next few weeks we’ll take a closer look at what happens when we go into the wilderness.

We know the story of Israel’s rebellion in the desert. God brought to the very edge of the Promised Land but they refused to cross over and take it. Because of that fateful decision, God turned them back to the desert of Sinai for forty years until the entire generation died off.

It is easy to focus on the tragedy of Israel’s disobedience and loss. Yes, it was a time of judgment. Yes, God’s anger was roused against His people. But God was doing so much more.

We can also take heart. When our rebellion and sin pushes us out of God’s will, He does not abandon us. No, even then He sustains us.

He did miracles – In Deuteronomy 8, Moses recounts how God provided water from a rock and manna. Their crowd of former slaves defeated sizable armies. When the fiery serpents came in another judgment, God granted miraculous relief. There was the cloud and the fire. The Jordan River parted, and on and on. God never ceased working on behalf of His people.

Even when we feel distant from God, He continues to work in mercy and grace all around us.

He proved them – “And you shall remember the whole way that the LORD your God has led you these forty years in the wilderness, that he might humble you, testing you to know what was in your heart, whether you would keep his commandments or not” (Deuteronomy 8:2). This is not to say that God didn’t already know, but after their time in the wilderness, Israel knew that the big promises they made back in Exodus 19:8 (“All that the LORD has spoken we will do.”) couldn’t be half-hearted lip service. We see this in the New Testament as followers of Jesus walked away when the reality of discipleship became clear.

During our days in the wilderness we learn if we are following God or our version of Him, and what our motivation is.

He restored them – The promises of a land flowing with milk and honey were not forfeited because of Israel’s failures. The realization of those promises was delayed. Israel remained God’s chosen people and He restored them to Himself once His anger had been satisfied.

No matter what, a wilderness experience is never permanent. God is always ready and willing to restore us.

Several of the psalms celebrate God’s care for Israel while they were in the wilderness. It is a testimony to His patience and His grace toward His people. However, we must never presume upon that grace and choose to transgress against Him. Paul breaks down that argument in Romans 6.

Not every wilderness experience is a result of our rebellion. Next week we’ll see how time away is sometimes necessary for a transition to the next thing God has for us.

Do not withhold Your tender mercies from me, O LORD; Let Your lovingkindness and Your truth continually preserve me. Psalm 40:11

Hesed.
Lovingkindness, steadfast love.
Mercy, covenant love, unfailing love.
The most theologically significant word in the Old Testament
Is the hardest to define.

It is love without sentimentality.
It is mercy without weakness.
It is loyalty without obligation.

It is central to God’s character
His course of action
And His covenants.

We as His people are called to receive it,
To emulate it,
To offer it to others.

How would our world be different if we did?

Enjoy this hymn God of Mercy, God of Grace.

The Hebrew word is yada.
Vine’s dictionary says yada means
To know by observing and reflecting
And by experiencing.

We can read
And understand intellectually that God is good.
He is loving.
He is powerful.

We can observe and reflect
When God moves in history
Or in the lives of those around us.

But that’s not enough,
So God invites us to live with Him
To actively experience His presence and His hand.

The Israelites knew.
From the plagues, to the Exodus, to the Law.
The cloud, the fire, the manna, the water.

So did the armies of Israel.
On the battlefield against the Philistines, the Midianites, the Syrians, the Assyrians.
Outnumbered. Overwhelmed. Yet victorious.

The patriarchs.
The psalmists.
The prophets, too.

Hannah and Hagar
Sarah and Eve
Josheba and Esther knew.

If not, the invitation stands.

Forever, O LORD, your word is firmly fixed in the heavens. Psalm 119:89

His word, his dabar.
His thoughts.
His will.
His revelation.

His commandments.
His statutes.
His law.

His promises.
His pronouncements.
His precepts.

Firmly fixed.
God’s word is immutable.
It does not change or expire.
It stable and sure.

And we have it freely available to us.
For guidance and comfort.
For conviction and forgiveness.
For redemption and instruction.

Read it. Absorb it. Treasure it.
The word of the Lord.

Read more posts from this series

From the opening pages of Scripture, no one who has encountered a holy God has come away unchanged. Adam, Abraham, Hagar, Moses and many, many others realized that God is not distant but a God who … END_OF_DOCUMENT_TOKEN_TO_BE_REPLACED

A covenant is a solemn, binding agreement. God chose to unilaterally enter into a covenant with Abraham. No matter what Abraham said or did, God vowed to uphold the terms and bless Abraham. Marriage … END_OF_DOCUMENT_TOKEN_TO_BE_REPLACED

Jesus told a parable about a wise builder and a foolish one, underscoring how important it is to have a solid foundation. He declared that obedience to His word was the surest foundation of all. In … END_OF_DOCUMENT_TOKEN_TO_BE_REPLACED